What is My Loved One’s Communication Problem?

Many stroke survivors have trouble talking as a result of the damage to the brain. There are many reasons why an adult might suddenly have trouble talking, and it’s important to know which one is causing the communication breakdown to provide the right therapy.

In the hospital, a speech-language pathologist (SLP) performs an assessment to diagnose the problem in stroke patients who are having trouble communicating. They may have one or more of the four types of acquired communication disorders that are common after a stroke that impact speech, language, or cognition.

Someone who’s had a stroke may be left with aphasia, which is the inability to produce or to comprehend language (or both). Approximately 1/3 of stroke survivors have aphasia.

Aphasia affects different people in different ways. Someone with aphasia may be unable to do some or all of the following:

Aphasia varies in severity. Someone with a mild form called anomia usually just has trouble finding certain words during conversation. Someone whose language abilities are severely impaired, however, is said to have global aphasia. Most aphasia is a type called non-fluent, or Broca’s aphasia. Some people have a very different type of aphasia known as fluent or Wernicke’s aphasia.

Aphasia has nothing to do with intelligence. A person with aphasia is just as smart after the brain injury as before. He or she usually has coherent thoughts and meaningful ideas to share, but has trouble getting the words out.

If you know someone with aphasia, read “What is Aphasia?” to find out how you can help.

Someone who’s had a stroke may also have apraxia of speech, which is an impaired ability to control the muscles used to form words. This makes it hard to initiate and sequence the sounds that make up speech.

Someone with apraxia of speech has trouble coordinating movements of the tongue, lips, and/or jaw. You may see groping movements in the mouth as the person tries to speak.

Someone with this type of impairment may speak slowly and haltingly, if at all. They may have trouble starting to talk, making multiple attempts to articulate a word.

Errors are often inconsistent. The person may be able to say something once, then not be able to say it again, or it might come out differently next time.

According to the American Speech-Language-Hearing Association, apraxia of speech often occurs together with other communication disorders, such as aphasia. The exact number of people with apraxia of speech, however, is poorly understood since diagnosis can be difficult.

If you know someone with apraxia of speech, read “What is Apraxia?” to find out how you can help.

Someone who’s had a stroke may also have dysarthria. This is difficulty speaking clearly because of weakness, slowness, or lack of coordination in the muscles of the mouth, face, voice, and lungs.

There are several types of dysarthria. The area of the nervous system that’s damaged determines the type of dysarthria the person has.

Many stroke survivors have a mild dysarthria that sounds like mumbling or a bit nasal because half of their face is paralyzed. Those who have cerebellar strokes will have more trouble with timing, sounding like they’re drunk when they haven’t had a drop.

If you know someone with dysarthria of speech, read “What is Dysarthria?” to find out how you can help.

Stroke survivors may be left with a cognitive disorder that affects how they communicate. This is referred to as a cognitive-communication disorder.

It’s not a single condition, but rather a group of disorders that result when communication is impaired because of problems with cognition. This makes it different from primary speech and language deficits.

A cognitive-communication disorder results from impaired functioning of one or more cognitive processes, including the following:

A person with a cognitive-communication disorder may have difficulty paying attention to a conversation, staying on topic, remembering information, responding accurately, understanding jokes or metaphors, or following directions.

Cognitive-communication disorders vary in severity. Someone with a mild deficit may simply have difficulty concentrating in a loud environment, while someone with a more severe impairment may be unable to communicate at all.

Thirty-five to 44 percent of stroke survivors find themselves with cognitive impairments about three months after their strokes. About a third of these people experience impairments for a long time.

Stroke is just one cause. A cognitive-communication disorder can also result from a traumatic brain injury, a brain infection, a brain tumor, or a degenerative disease such as multiple sclerosis, Parkinson’s disease, Alzheimer’s disease, or some other form of dementia.

Cognitive-communication disorders can occur alone or in combination with other conditions, such as dysarthria, apraxia, and aphasia.

If you know someone with a cognitive communication disorder, read “What’s a Cognitive-Communication Disorder?” to find out how you can help.

If you have one of these communication disorders, or if you are a professional who works with people with these disorders, you’ll want to bookmark our “What Is” series of articles full of information on the definitions, causes, symptoms, treatments, and tips to share with others.

We make apps to help with communication problems after stroke. Try our App Finder to find out which apps might work for you and then download the free versions to try them out. 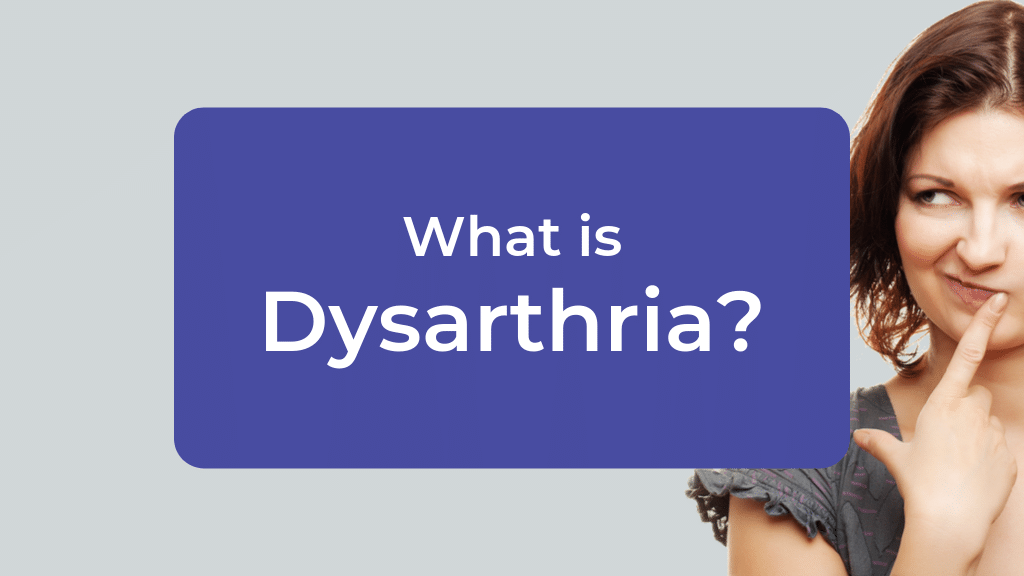 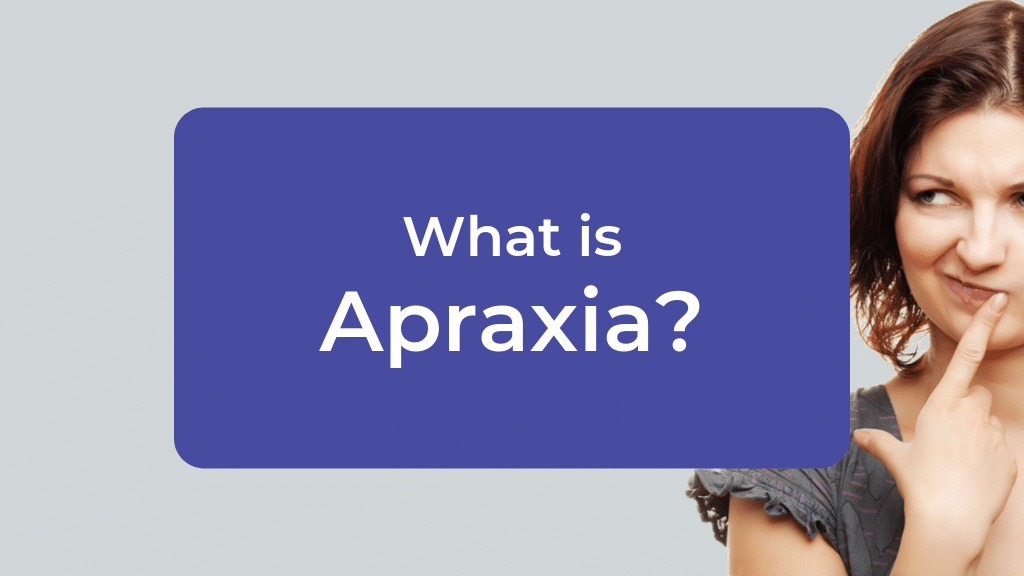 Apraxia of speech is common after a stroke, leaving the patient with impaired communication. Find out what this acquired disorder is all about & what to do. 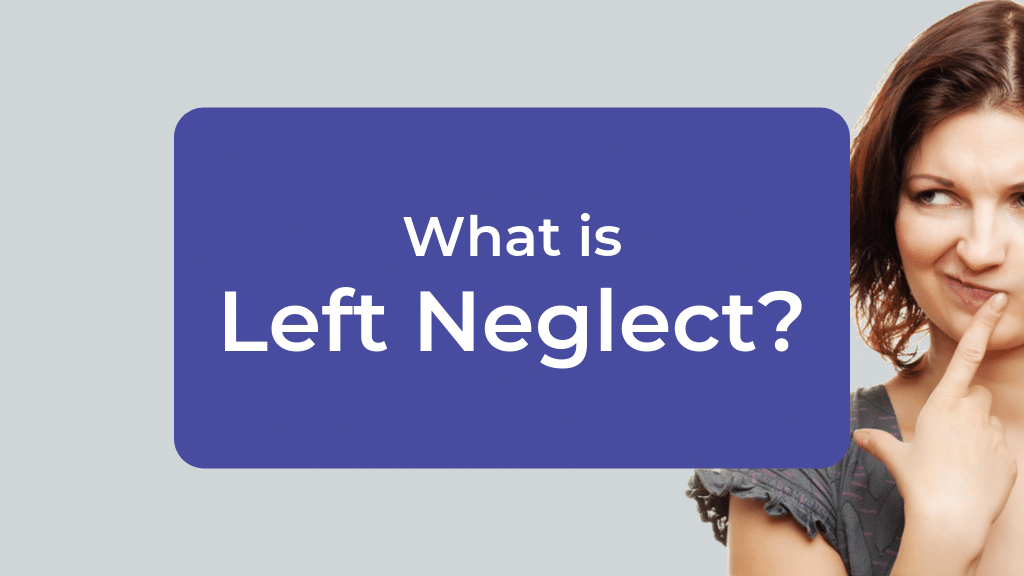 What is Left Neglect?